“Outspoken, adventurous, proud and audacious:
Belgrade is by no means a ‘pretty’ capital,
but its gritty exuberance makes it one of the most happening cities in Europe.”
—Lonely Planet

What inspires your travel? Talk to travelers and they’ll admit that they journey for myriad reasons – teenage dreams, memorable songs, life-changing events, a great bargain. Or in my case, a childhood fascination with the board game Monopoly.

Now, I’m not saying I liked the game – it always seemed so cutthroat. Around our household of four sisters, none of us really had the inclination or killer instinct to crush our opponents … we saved that tactic for penny poker. Then we rocked! But Monopoly exposed me to exotic destinations beyond my small-town purview.

When Hasbro, the producers of Monopoly, introduced their World Edition game in 2008 featuring 22 international cities selected by popular vote, it rekindled a memory of the first time I tasted Chicken Kyiv as a teenage waitress at a Chicago HoJo’s. The next thing I knew, James and I were heading to Ukraine to taste the real thing.

Only 11 cities made the cut twice – and Belgrade (Beograd), Serbia was one. We took that as a sign that we needed to return to the Balkans to check out the allure of Belgrade.

A Little Background
The 1990s were a turbulent time for Belgrade. As in other cities around the world, the student movement was at the forefront of forcing change.

“In Belgrade the main slogan of the student movement was “Belgrade is the world,” suggesting a wish for the Serbian people to overcome the insularity brought on them by xenophobic nationalism and war, and to find in themselves some universal values that would connect them with the rest of the world.”
—Jasminka Udovicki, James Ridgeway in Burn This House: The Making and Unmaking of Yugoslavia

Belgrade Today
We explored Belgrade and used it as our hub as we explored Serbia. Every time we’ve traveled in or out by bus or train, we’ve seen this fascinating city from a different angle – sometimes modern and sleek, other times gritty and graffitied, but always interesting. From its ubiquitous coffee houses to smoky restaurants, Belgrade exudes an intellectual vibe.

While we were there, Belgrade was extremely chaotic given the tremendous influx of migrants from the Refugee Crisis. We were impressed by the efforts of the people of Belgrade to patiently accommodate so many. For many Refugees, Belgrade is the World. 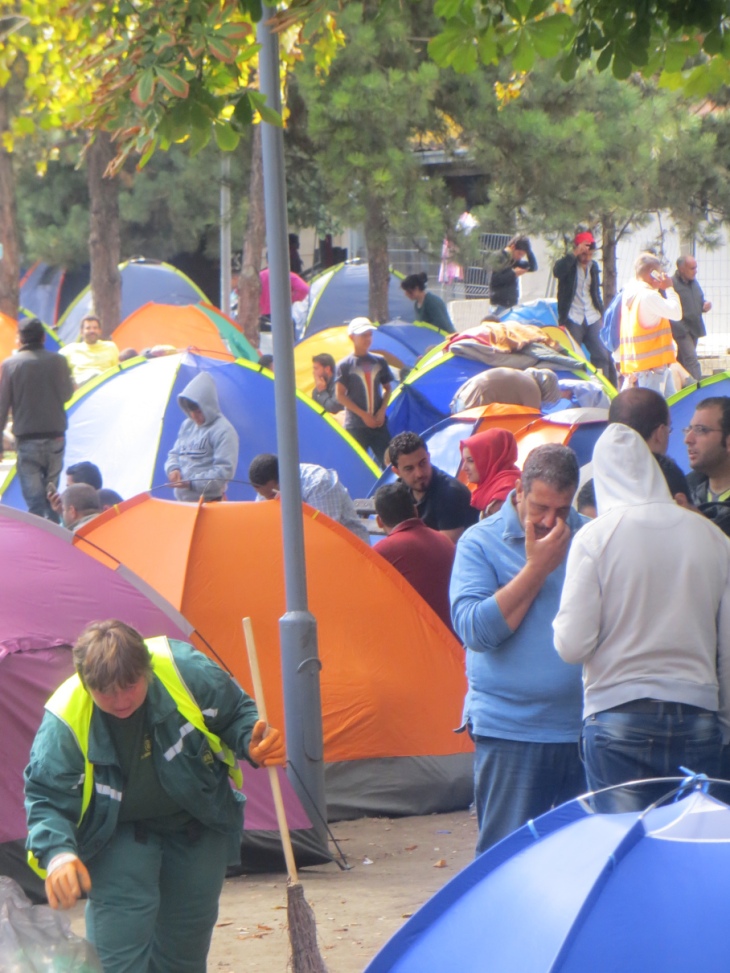 And if you’re curious about the new 2015  World Edition Monopoly, you might want to know:

When we looked at both city lists we still have several cities to explore. For us that includes Taipei, Santiago, Moscow, Cape Town, Shanghai … and of course, Giethoorn and Gdynia. What about you? Are any of these cities on your Must-See List?