Want to see the graves of Charles Dickens, William Shakespeare, and Charles Darwin? Then it’s off to London’s Westminster Abbey. Have a hankering to visit the final resting place of Kelly Mitchell, aka “Queen of the Gypsies?”

Then set your GPS for the Rose Hill Cemetery in Meridian, Mississippi.

If you’re like me, this statement raises two questions: Exactly who is the Queen of the Gypsies, and why on EARTH is she buried in Meridian, Mississippi? I’ve seen my share of famous graves, but I don’t really consider myself a grave hunter, which according to the UK’s Daily Mail is a “dead end hobby.” But I couldn’t pass up the Queen of the Gypsies – no way.

The Romani people (Gypsies), originated in India in the Middle Ages. After leaving their homeland, they first migrated to Europe, and today they’re spread around the world. 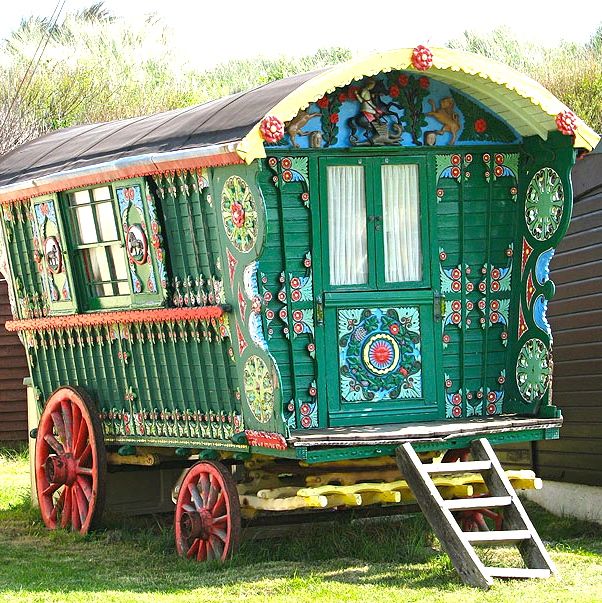 At the time of Mitchell’s death, most gypsies lead itinerant lifestyles. She died on January 31, 1915, while camped with her family 40 miles east of Meridian near Coatopa, Alabama. At age 47, she died giving birth to her 15th child … oh my!

As you might expect, Queen Kelly’s family was widely scattered, so the the funeral was delayed as long as possible to allow far-flung relatives to attend. As it happened, Meridian was the closest city with enough ice to preserve her body for six weeks, so it was chosen as the site for her funeral and burial. In addition to Mitchell family members, friends and admirers traveled to Rose Hill Cemetery from far and wide to pay their respects. Imagine the dismay of small-town Meridian when faced with an estimated 20,000 visitors.

Queen Kelly passed away over a century ago, but from the sheer volume and variety of offerings left on her grave, it’s obvious that she’s still highly revered. Many believe that the Romani people have psychic powers, and can see the future. Today’s devotees hope that an offering will entice Mitchell’s spirit to visit them in a dream and provide solutions to their problems. 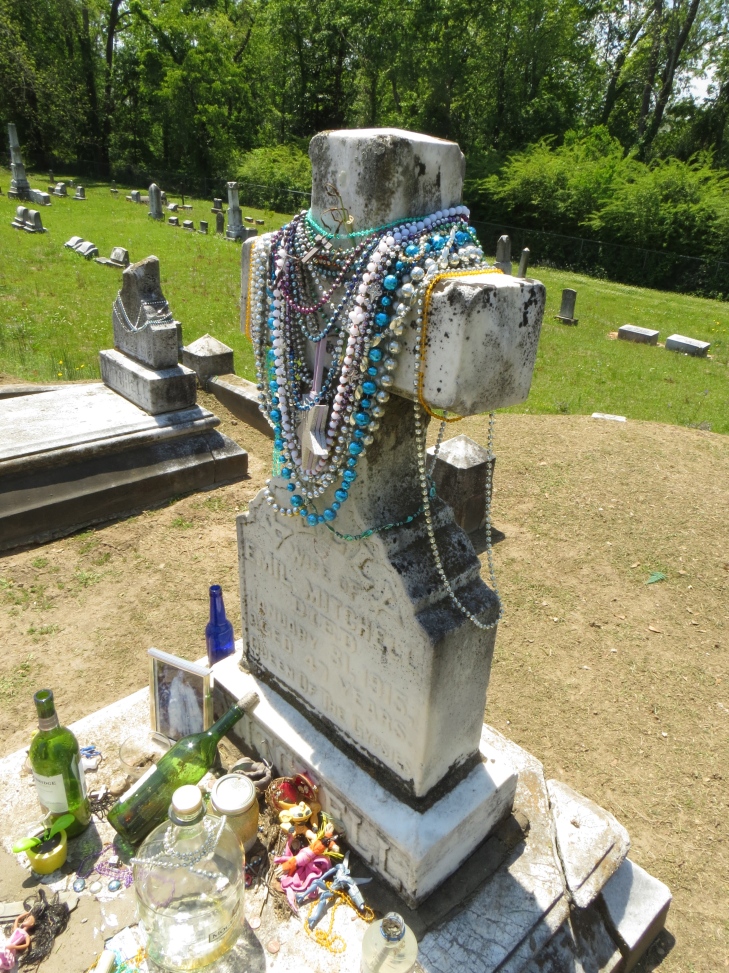 When we visited, the headstone was festooned with colorful beads, and the stone slab over the grave was littered with offerings. There were trinkets of all descriptions; wine and beer bottles, car keys, coins, CDs, a Sunkist bottle (apparently the Queen loved orange soda), small stuffed animals, superhero dolls, and a tiny plastic figure of Yoda. I don’t believe in this sort of thing, but you never know, so I left a nice set of purple beads that I scored in the Ponchatoula Strawberry Festival parade – you know – just in case.

Another myth that inspired a different type of gravesite visitor was the rumor that thousands of gold coins (to be used in the afterlife) were buried with the Queen. The huge cracks in the grave cover are the handiwork of would-be grave robbers searching for her fortune. 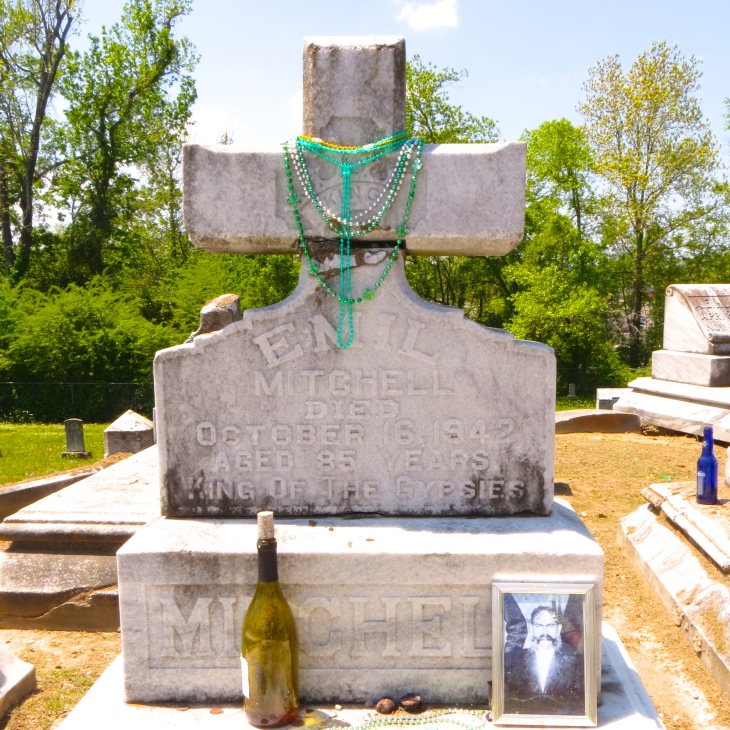 After the burial of Queen Kelly, the Rose Hill Cemetery became one of the main Romani burial grounds in the Southeast. Her husband Emil, King of the Gypsy nation, her successor Flora, and a long line of other Gypsies are buried alongside her. 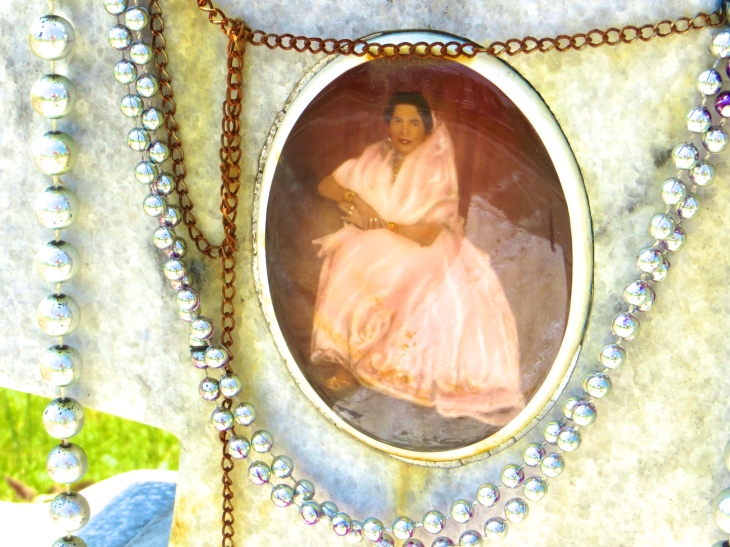 The grave sites of the Queen of the Gypsies and her court are classic off-the-beaten path monuments. They’re a fascinating display of an alternative lifestyle from the past that still resonates today. How cool is that?