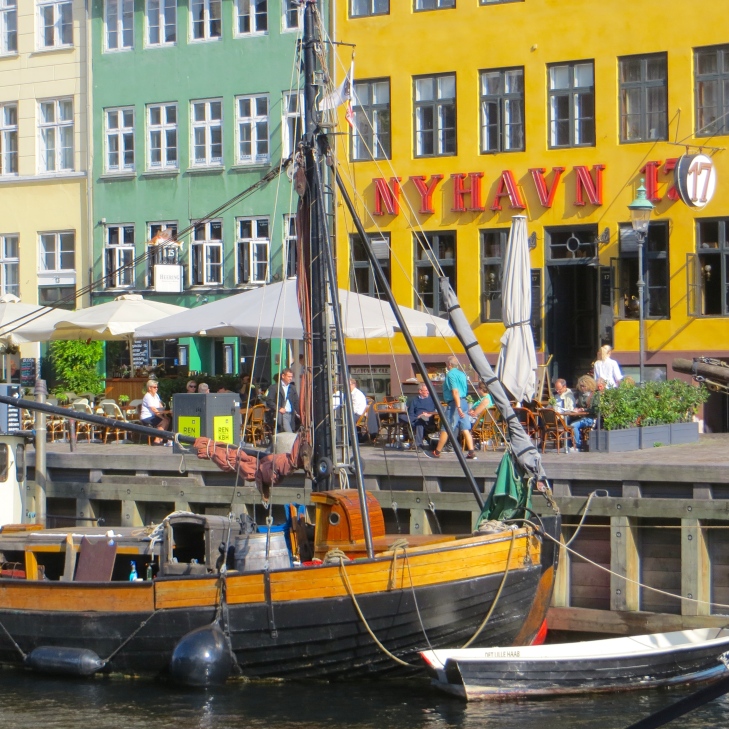 Thirsty sailors, rowdy bars, and busy brothels – you’d never know it today, but if you took a stroll along the quay of the Nyhavn canal in the 17th Century, a seedy party would unfold around you. 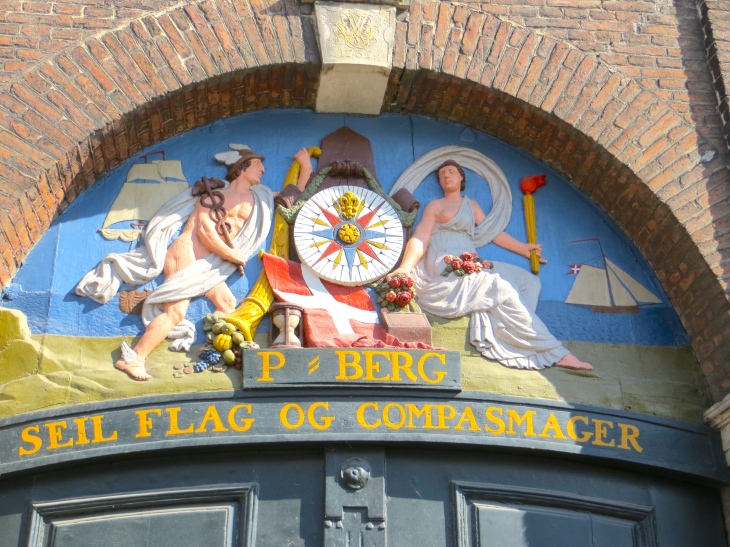 Copenhagen owes its existence to sea trade, and this canal and waterfront dates back to the earliest days of the city. Cargo and fish from points east and west were handled here, and it was a gateway to the city. But renovation, gentrification, and brightly colored paint have transformed the area into a tourist magnet. Today it’s a delightful place to stroll, linger over a glass of wine in the sun, or take a canal tour. 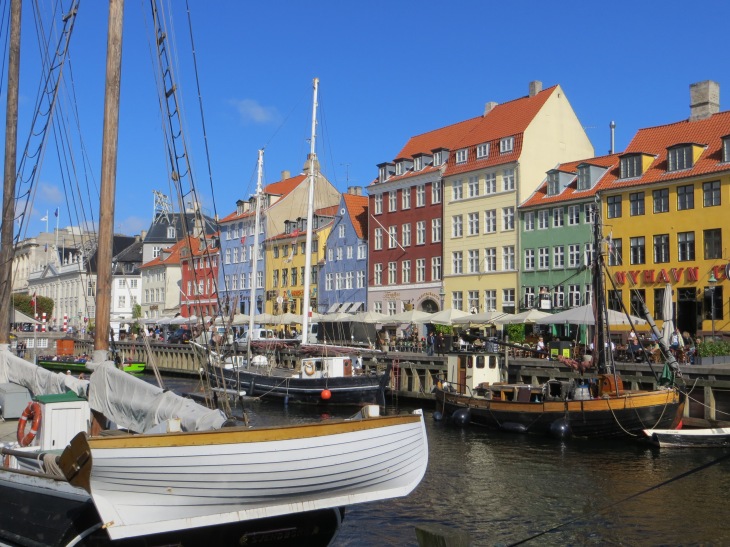 Nyhavn (New Harbor) and its waterside cafes and shops are one of the charming highlights of Copenhagen. Townhouses from the 17th and 18th Century line the north side of the canal, and lavish mansions, like the massive Charlottenborg Palace, face them on the south (the haves and the have-mores). A few warehouses remain, which have been converted into pricey lofts. 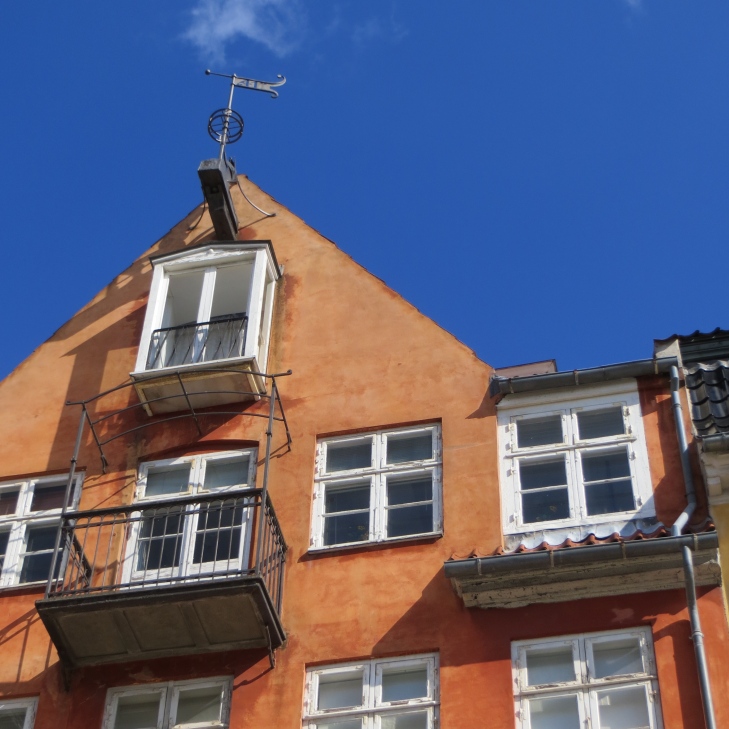 Sailing ships, old and new line the canal as well. One of the most interesting is a “lightship,” which is a sailing lighthouse. These mobil lighthouses were moved and anchored depending on changes in the location of sandbars. 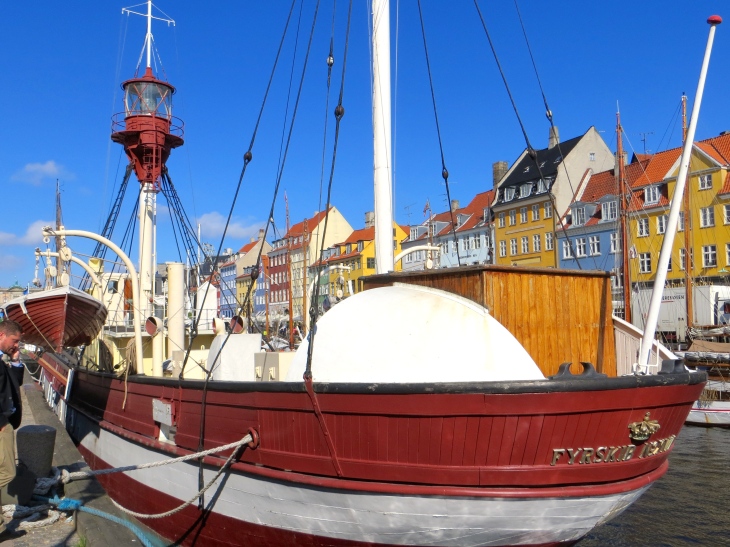 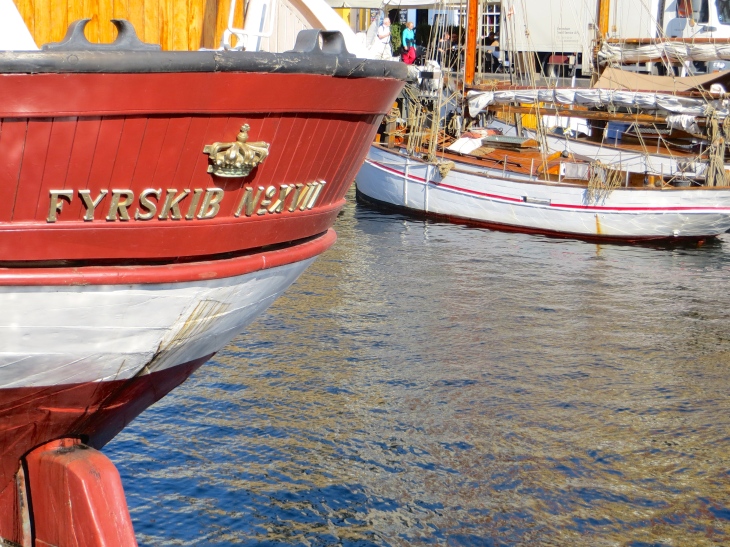 Lightship XVII, (Does the name show a lack of imagination or the reality of life expectancy?) was built in 1895. And just so you don’t think these boats were novelties, this lightship was involved in several collisions, and in 1954 it was rammed and sank. 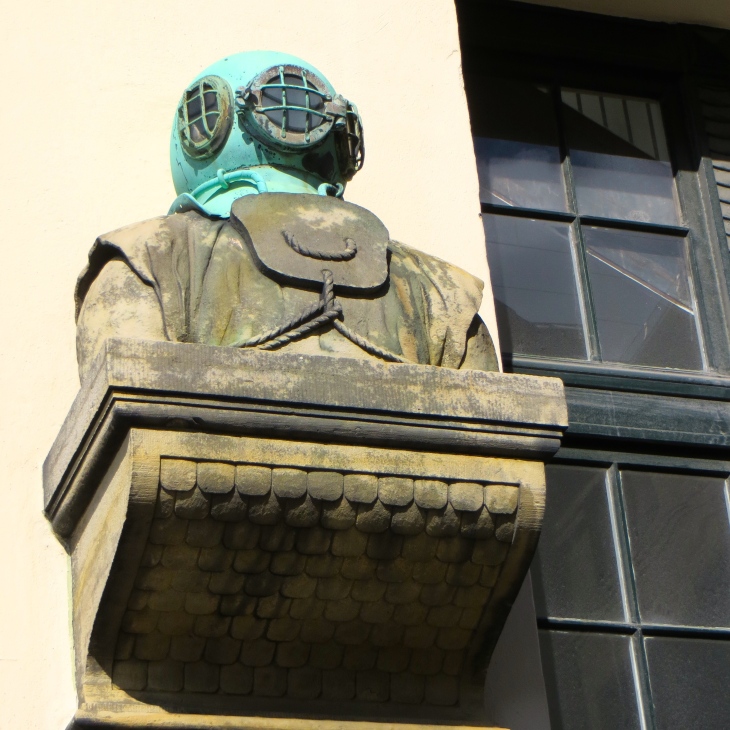 There would be no Copenhagen without the sea, and charming Nyhavn is a scenic reminder of what that means. 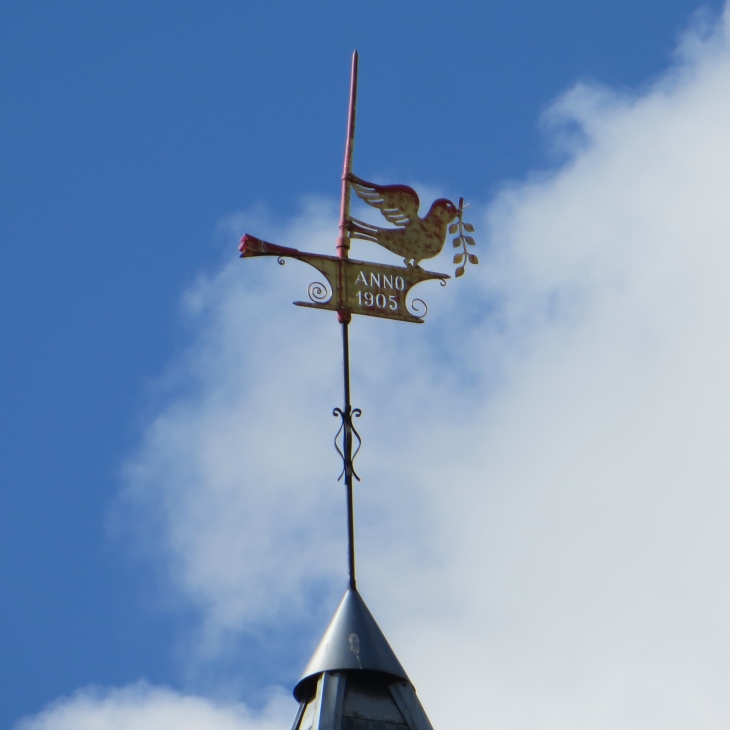