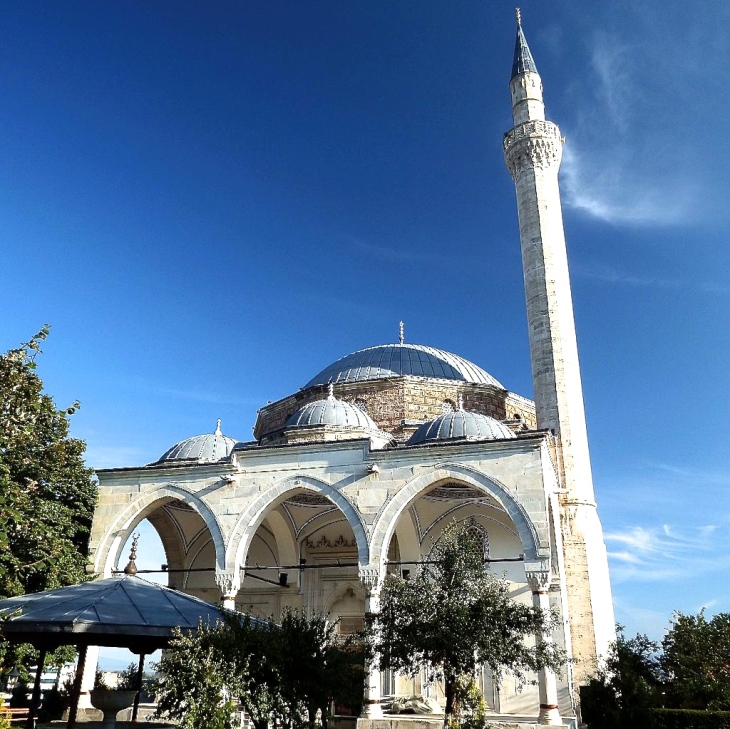 In 1492, while Christopher Columbus was searching for India and stumbling into the Americas, the Ottomans were building this mosque for local Vizier Mustafa Pasha. The intervening years took their toll, but a complete renovation in 2011 restored its 15th Century splendor. 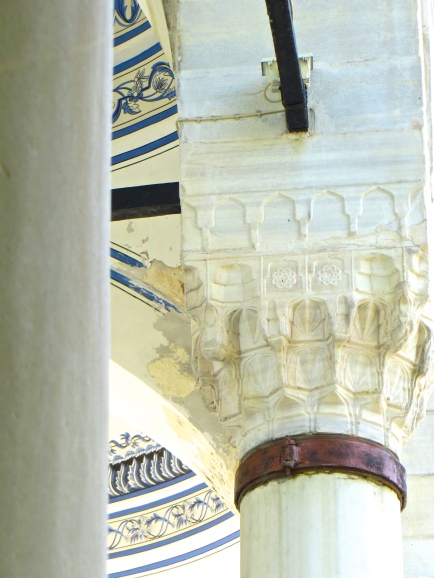 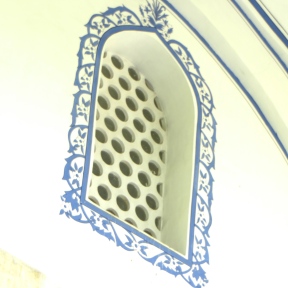 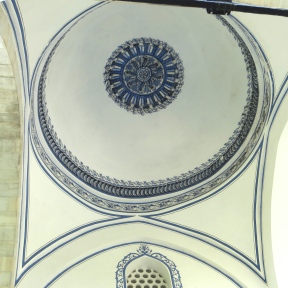 Its prominent position and size makes it an easily visible landmark, but at a distance, its simple exterior belies the intricate details painted in the entrance and main hall domes. The rich blue floral patterns on the stark white background is particularly attractive, and the effect can best be described as simple elegance. 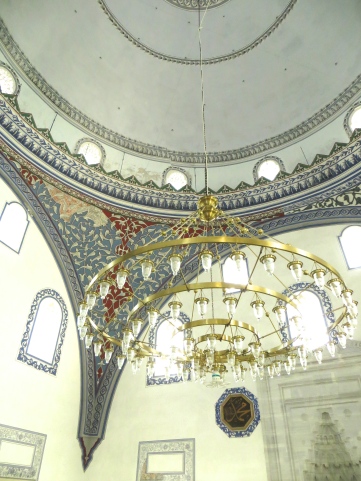 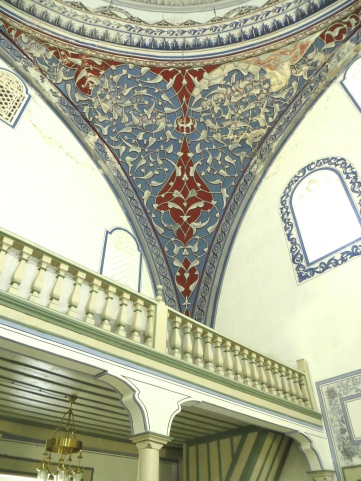 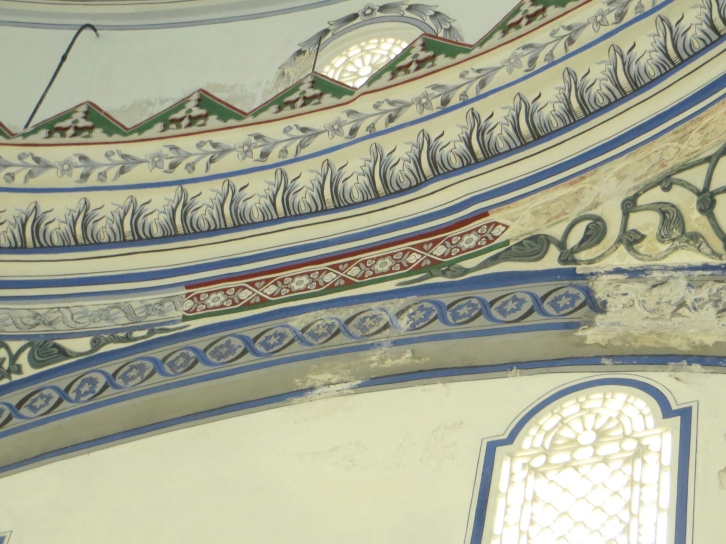 According to HAEMUS, the center for scientific research and promotion of the culture in the Balkans, the mosque once played a much larger role in the community. “The mosque complex once consisted of a caravanserai, a medresse, an imaret (communal soup kitchen), a mekteb (an elementary school for teaching children in Islamic subjects) and a tűrbe (tomb).” 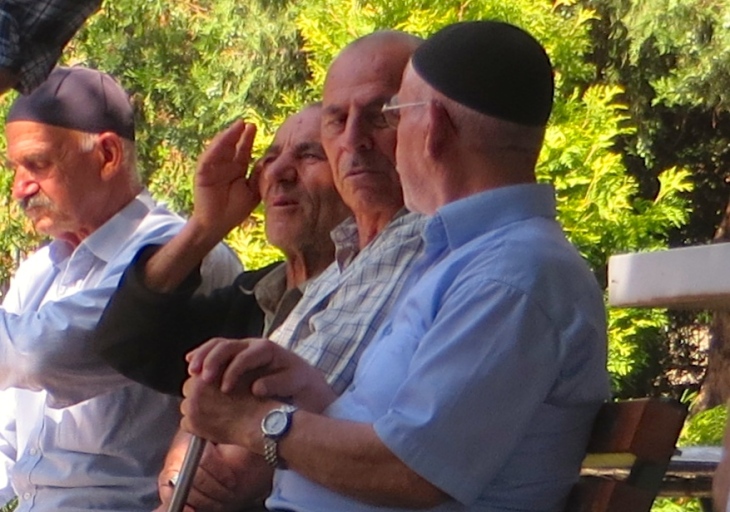 On our visit, three friendly gents relaxing in the garden made us feel more like guests than tourists with a round of “As-salamu-alaykum.” And we were happy to remember our Arabic training from Sudan so we could answer “Wa-Alaikum-Salaam.” 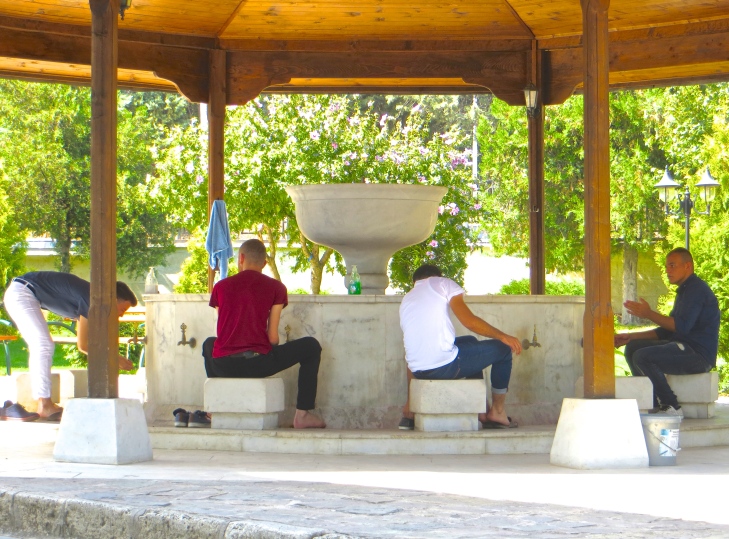 The Mustafa Pasha Mosque is another jewel in the crown of Skopje. It’s also an important icon for the Islamic community and a visible reminder of the harmonious diversity of the city. And after the hike up the hill, a shaded bench in the garden makes a tranquil spot to study the building’s details and watch Muslim visitors prepare for prayers. 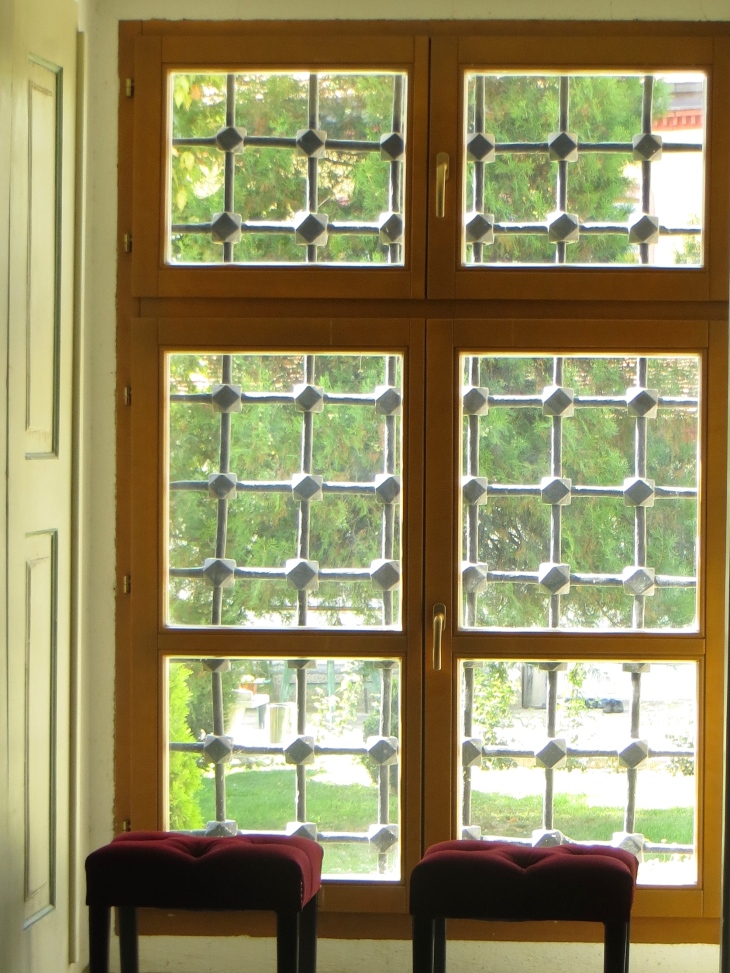