A few hundred yards east of a lazy bend in the Mississippi River sits the capitol of Louisiana – all 34 stories and 450 feet of it. A conspicuous building in any city, it absolutely dominates the Baton Rouge skyline – not unlike the man who built it. 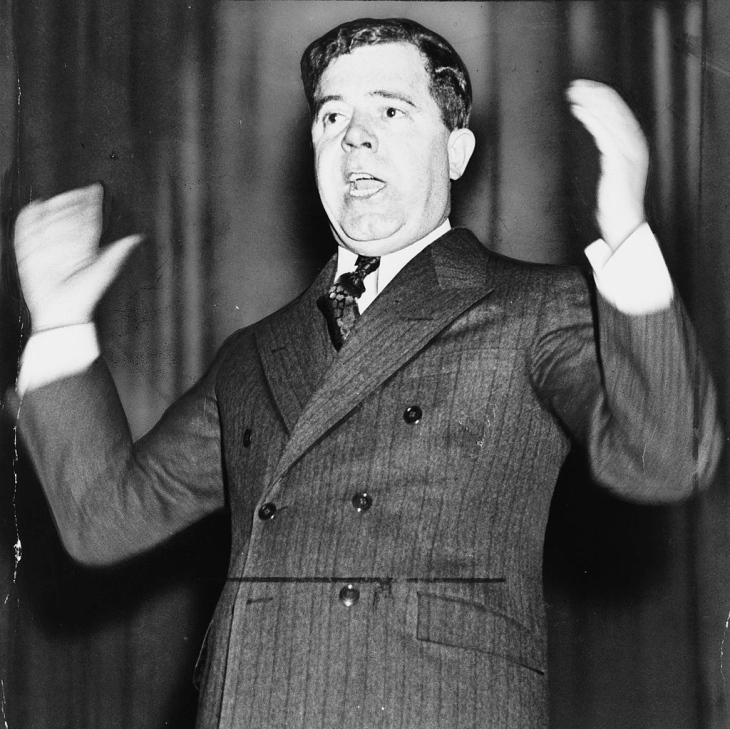 It’s impossible to discuss the capitol building without also mentioning Huey Long, aka “The Kingfish.” 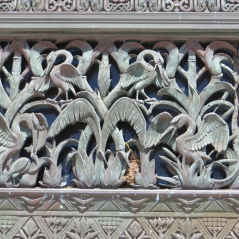 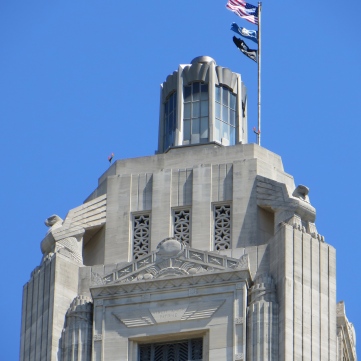 The imposing white limestone tower is a classic design with Art Deco details depicting the history and industries of the state. The interior’s main hall and two houses of congress are elegant, with beautiful stonework and intricately painted ceilings. 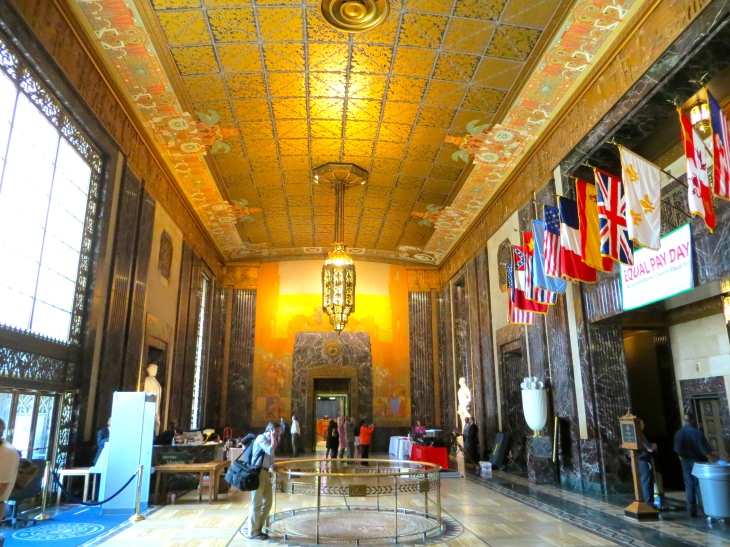 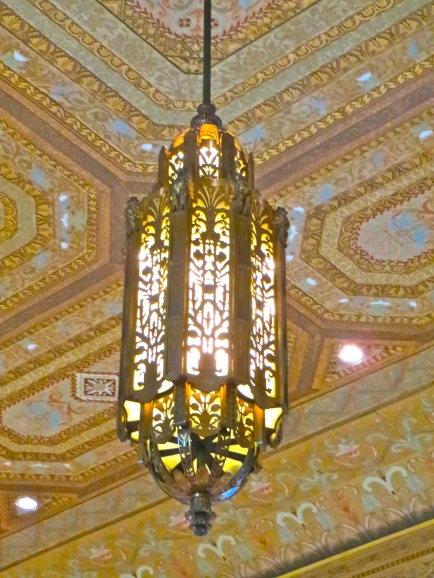 The new capitol building, completed in 1932, was an important project which Long was willing to fight for. To appreciate its significance, it should be remembered that the stock market had crashed three years earlier, and the Great Depression was underway. At a time when most states were struggling to keep their economies afloat, The Kingfish was spending millions of dollars to build the biggest capitol building in the US. The Louisiana Congress didn’t agree, but after a few of Long’s strong-arm tactics, the funding was approved.

Huey Long is one of the most enigmatic politicians in recent history. From a modest background, he rose to be Louisiana’s youngest governor, then senator, and later became a US Presidential hopeful. He was an outspoken populist whose state-wide social reform works made him exceptionally popular with voters, but his Robin Hood tactics also made him the enemy of the wealthy and corporations.

He accomplished amazing things and raised the standard of living for many Louisianans, but his legacy of good works must be examined alongside his methods. And opinions vary.

“Long, by any number of measures, may represent the gold standard in the abuse of American political power, making many subsequent public officials who were actually caught for their misdeeds look like lunchbox thieves. Still, legions of Louisianians revere Long as a populist hero.” —Chicago Tribune

And Long himself said he bought legislators “like sacks of potatoes, shuffled them like a deck of cards.” He gave himself the nickname “Kingfish.”

“I’m a small fish here in Washington.
But I’m the Kingfish to the folks down in Louisiana.”
–Huey Long

Even songwriter Randy Newman had an opinion of Long’s work. In his song “Kingfish” he sang:

Who built the highway to Baton Rouge?
Who put up the hospital and built you schools?
Who looks after shit-kickers like you?
The Kingfish do.

It’s ironic that inside the capitol, one of his most enduring achievements, the circle of his life was completed. For on September 10, 1935, just off the main hall, Long was shot. Two days later he was dead. 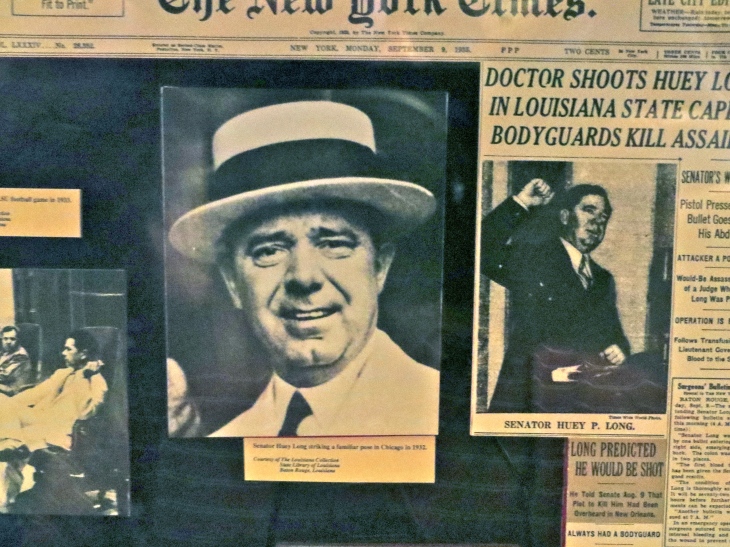 The irony continued for me when I realized that from the rooftop deck of the statehouse, inside the bullseye of the capitol garden pathways, a statue of Long stands atop his grave and gazes at the building he fought so hard to build.

Huey Long remains a controversial figure in Louisiana history because he can be admired and abhorred at the same time. But there’s no denying that he was one of a kind. For anyone interested in knowing more about Huey Long and his life, Richard White’s book Kingfish: The Reign of Huey P. Long covers it nicely. 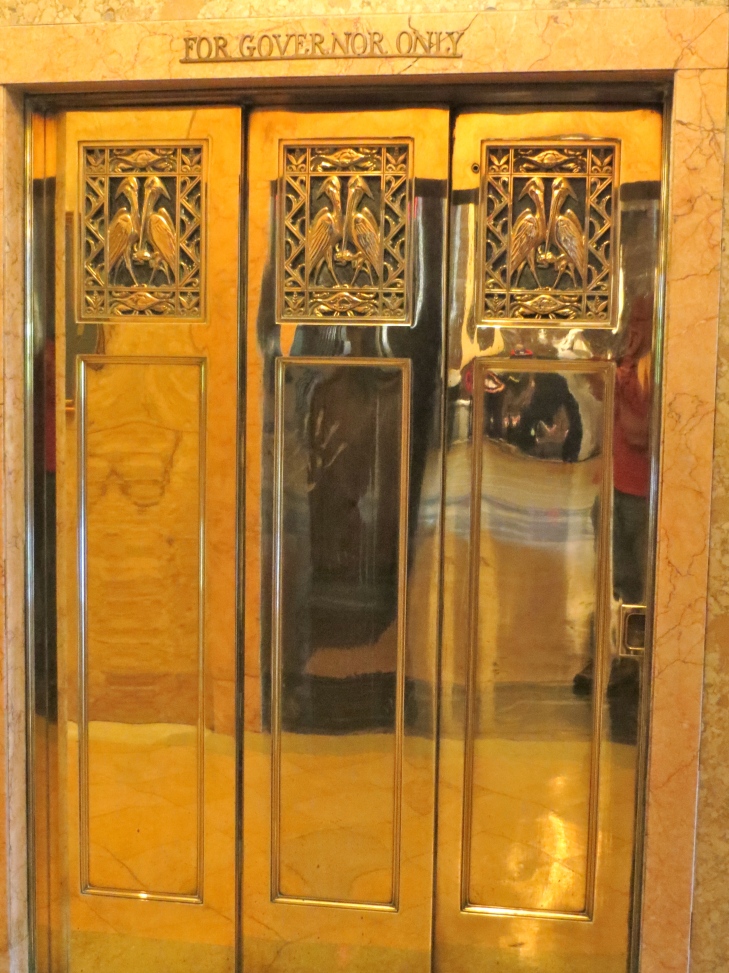 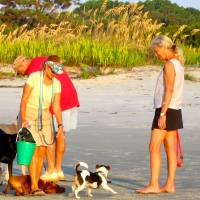