If you ordered a Buddhist temple with everything, it would look like the Gangaramaya Temple. Buddhist temples span the spectrum from downright plain to elaborately decorated, and this one is definitely at the high end.

Located in the heart of Colombo, Sri Lanka, the temple is a large complex encompassing a couple of small museums, and they even run a technical school. Our karma was right, so we managed to catch a drum and horn trio, and best of all, it was bath day for the elephant!

The temple was an assault on four of my five senses (no buffet). Seeing the ornate statues and decorations, hearing the offering of music, smelling the incense, and feeling the flower petal offerings.

We haven’t established why the temple has an elephant, but to be honest, when the elephant came on the scene all thoughts of Buddhist symbolism and the Meaning of Life disappeared and we were at the circus.

It was bath day and there was a special pool just for this purpose. The mahout backed the elephant into the bath,

spoke a few commands, the elephant dropped into the bath, and then the scratching and scrubbing with a coconut shell began. The elephant had its head submerged, trunk waving about for air, and now I know I’ve seen elephant bliss. 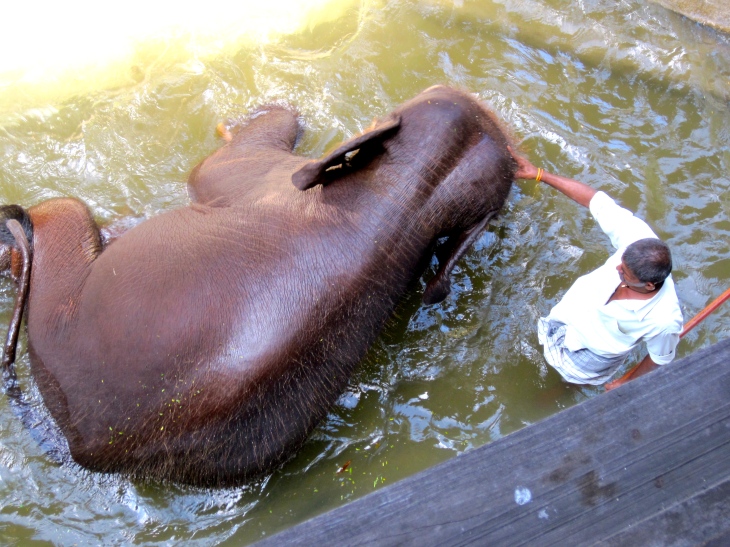 The music in the temple was incredibly loud … and there were only three musicians!

We learned later that they weren’t just making music, but were making an Offering of Music. They weren’t just playing, they were worshiping. I love this concept, and here is a video of another way to Thank God. Trust me, don’t miss this one. 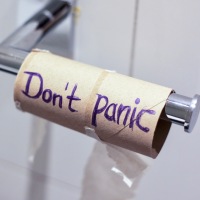