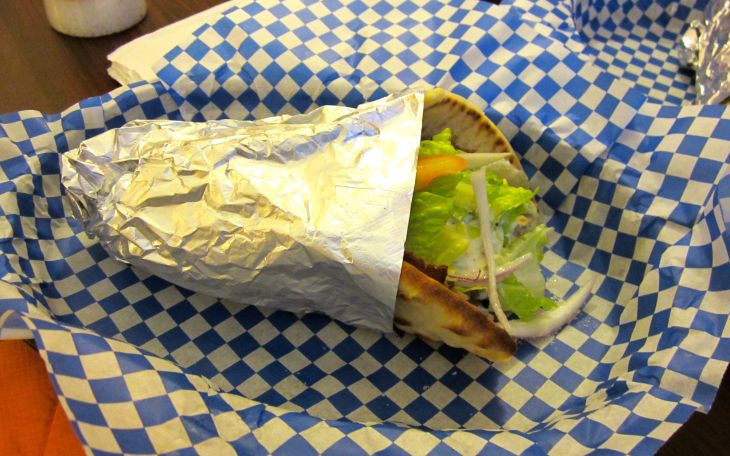 We have chased gyros around the globe – from London to Athens to Amman – and back to New York, Chicago, and now … Mobile, Alabama! Who knew! 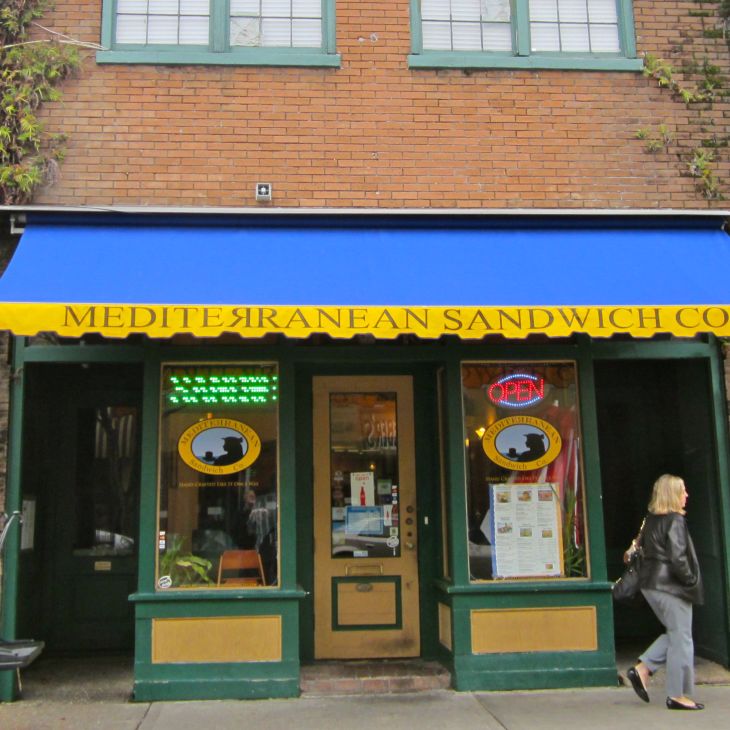 Before arriving in Mobile, we checked Tripadvisor to see what restaurants were popular. When the Mediterranean Sandwich Company (specializing in gyros) popped up as #1, we looked no further … and we were not disappointed. 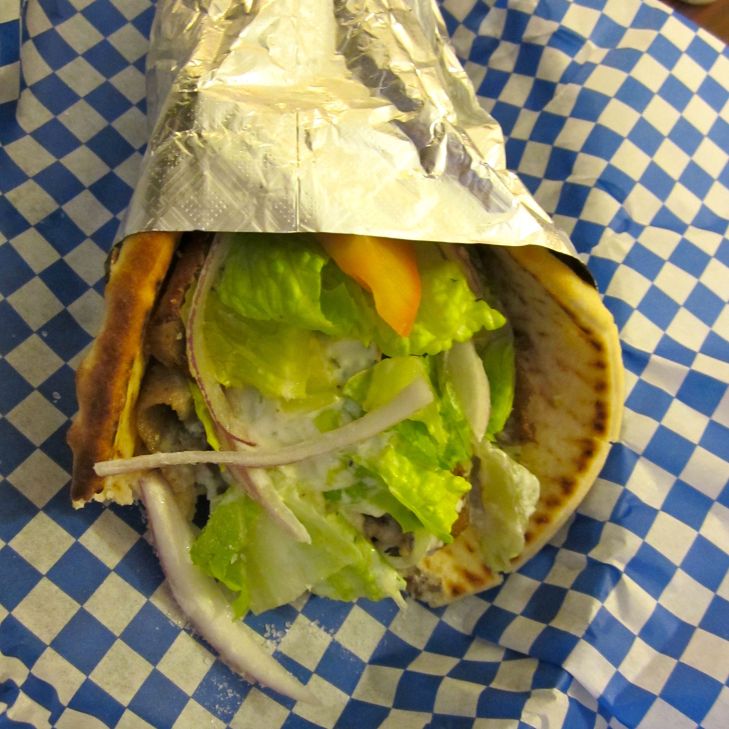 A gyro is a sandwich of roasted meat in pita bread, and known around the globe by various names: doner kebab, shawarma, and churrasco grego (Greek barbecue).

For the initiated, “gyro” is generally pronounced “Yee-ro,” but just about any pronunciation will land you a tasty meal (after the raised eyebrow and smirk). 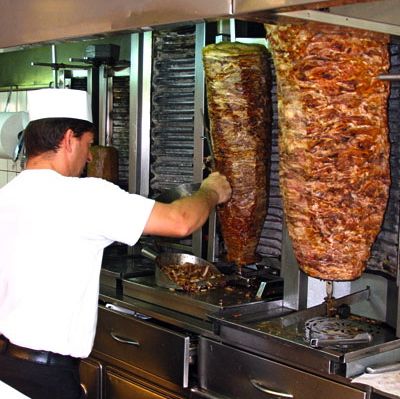 To make gyros, pieces of seasoned meat (lamb, beef, pork, or chicken) are placed on a tall vertical rotisserie broiler that turns. Then as the outside meat becomes done, it’s sliced off in vertical shavings and strips. These are served wrapped in pita flatbread, generally accompanied by lettuce, onions, and tomato. Some countries add fried potatoes, hummus, cheese, even tabouli. The number of possibilities is staggering.

Then there are the sauces. Gyros are often served with tzatziki sauce (a cucumber yogurt dip also know as “heartburn special”) as a dressing. In London, where gyros are also called doner kebabs, they often use a fiery chili garlic sauce.

If you’ve never had one, you’ve got to try a gyro. And if you’re leery about the condiments, just ask for them on the side so you can experiment at your own pace. And for you vegetarians out there, the Mediterranean Sandwich Company had a roasted portobello mushroom gyro with boursin and goat cheese that looked to die for! 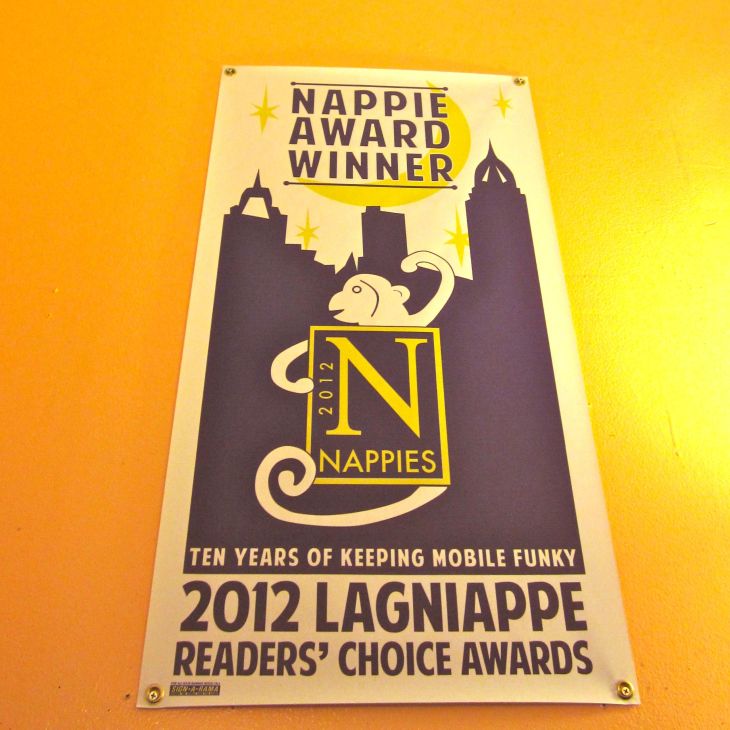 As we were sitting there savoring our gyros with the weekday lunch crowd, we glanced around the poster-laden walls and our eyes stopped on the restaurant’s most recent award: the 2012 Nappie Award: 10 Years of Keeping Mobile Funky! In this case “nappie” is short for “lagniappe” (a little something extra). But if you’re from London or Sydney where “nappie” is slang for “baby diaper” you might be a bit put off!

Still, our all-time favorite gyros around the world are served in a little Greek Restaurant in Tarpon Springs, Florida called the Plaka. So if you’re down by the sponge docks, hankering for a gyro, don’t miss it.

So, do you have a favorite place to pick up a gyro, doner kebab, shawarma, or churrasco grego? And what do you put on it? Send us to some new places! We would love to hear from you.